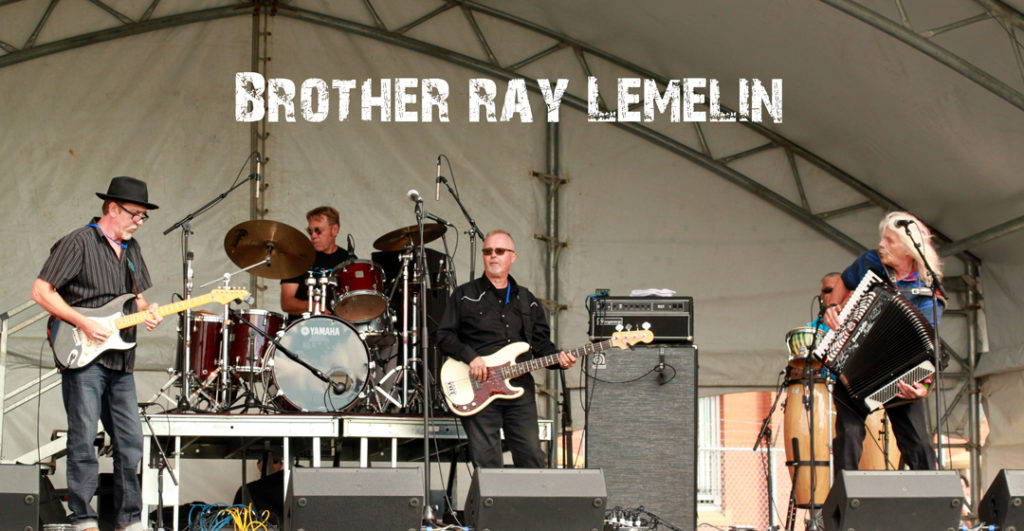 The love of music, dance and singing started early in Ray’s life as a child in the Eastern Townships of Quebec, through his mother’s taste for Rhythm and Blues. Ray was immediately drawn to the Soul sounds of vocal groups, notably ‘The Supremes’. “I love the groove and those big vocal sounds” confirms Lemelin. James Brown, Joe Tex and Wilson Pickett were other major influences. It was his migration to Calgary, Alberta in the late seventies that really opened up opportunities for Ray to pursue a career. Inspired by a quote from guitar legend Johnny Winter – “it should be the “older” black musicians we listen to”. Lemelin immersed himself in the recordings of Blues greats such as Muddy Waters, Slim Harpo and James Cotton.

Lemelin spent 1985 through 1987 working with Clarence “Gatemouth” Brown as stage manager and personal valet. He then began working with a wide range of musicians including Queen Ida, Johnny Copeland, Larry David, and the Legendary Lowell Fulson with appearances on stage with numerous performers. Among them Luther Johnson, Junior Wells, Amos Garrett, the Late Valerie Wellington, Micheal Coleman, Matt “Guitar” Murphy and Albert Collins who enjoyed Ray’s playing so much he invited Ray to come back and sit in the next night, The Ray Lemelin Band has also completed their 3rd tour with Grammy Award winner Fenton Robinson.

In 1986 Ray joined ‘Johnny V and the House Rockers’ (Rooster Records) Calgary’s premier Blues Act. In August of 1988 he formed his own group ‘Sho-Nuff’ and performed as writer, arranger, guitarist, vocalist and band leader. John Rutrherford of ‘Calgary Tonight’ magazine is quoted as saying “’Sho-Nuff’ has developed a tight Blues sound (and) Lemelin has mastered the diner aspects of time and dynamics”.
However, the calls for his working as a sideman continued and through 1990 he was kept busy free-lancing. This led to performances with Rusty Reed (Independent) and his subsequent relocation to Edmonton. Peter North of the Edmonton Sun, while praising the new sound of Reed’s band, acknowledges that one of the main factors is the “smooth voice (of Lemelin) who favors the more soulful side of the Blues”.
Lemelin has written and performed two compositions on CFRN-TB’s Video Stew, and has a song on Crystal Plamondon’s (Independent-French) new recording. 1993 found Lemelin with a new release (Independent ) ‘Thangs’.

The Ray Lemelin Band has been kept busy working throughout Western Canada the last couple of years. In October, 1995 Ray completed a very successful tour of Eastern Canada. From the shore’s of the Gaspe peninsula, Quebec, to Cape Breton Island , Nova Scotia.

While opening up for Luther “Guital” Junior Johnson at the Fredericton Harvest Jazz Festival, Luther was so impressed with Ray’s performance he invited Ray to “sit in” for his entire second show. The night ended with just Ray and Luther playing “Real Delta Blues” guitar. Word of this performance preceded Ray to the Halifax Blues Festival where he was greeted with great respect and ethusiam.

The approach is simple. Sharp performances and professionalism. “If you put the Blues of B.B. King, the grooves of James Brown, and the Gospel vocal sounds of the Staple Singers”, states Lemelin, “and mix it all up, you have the ingredients for a Funky, ‘Soulful’ good time!”