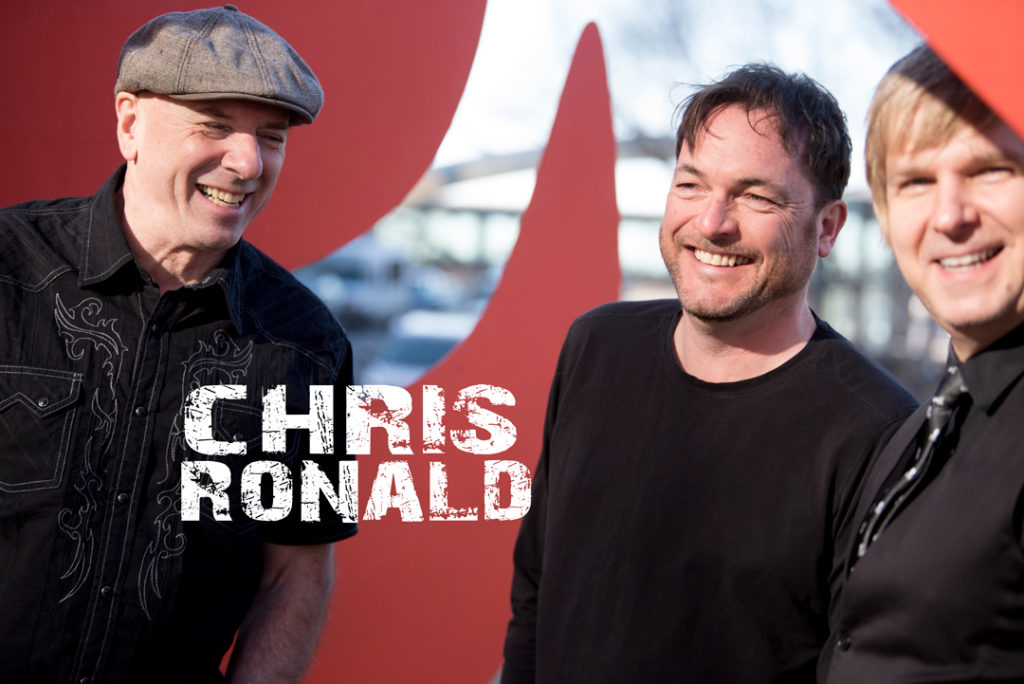 Vancouver-based singer-songwriter, Chris Ronald, emigrated from his native England in 2002. Influenced by countless British and North American artists of the 60s onward, Chris’ music has been described as Canadian folk with British roots and likened to “the country and folk that came out of Laurel Canyon and the British Isles in the mid-seventies.” He first got hooked on songwriting at age 15 when he put to music a poem he wrote in high school, but only started to go public in his thirties after moving to Canada and self-producing his first two albums. In 2014, Chris made a breakthrough with his third album, Timeline, which gained him a nomination for ‘Songwriter of the Year’ at the Canadian Folk Music Awards and a place in the finals of the renowned Kerrville New Folk contest in Texas.

In live performance, Chris draws on his abilities as a skilled singer, storyteller and musician. An accomplished soloist, he also tours as a trio to include John Ellis and Mike Sanyshyn. John is an award-winning producer and multi-instrumentalist who flits effortlessly between guitar, dobro, mandolin, and banjo. He has worked with top Canadian talent such as Colin James, Ferron, and Jane Siberry. Meanwhile, Mike has been named BC provincial champion four times as well as fiddle player of the year at the Canadian Country Music Awards. He also placed in the top three at the Canadian Grand Masters Championship. Both feature on Ronald’s latest album, Fragments, which was recently released on esteemed Canadian label Borealis Records.