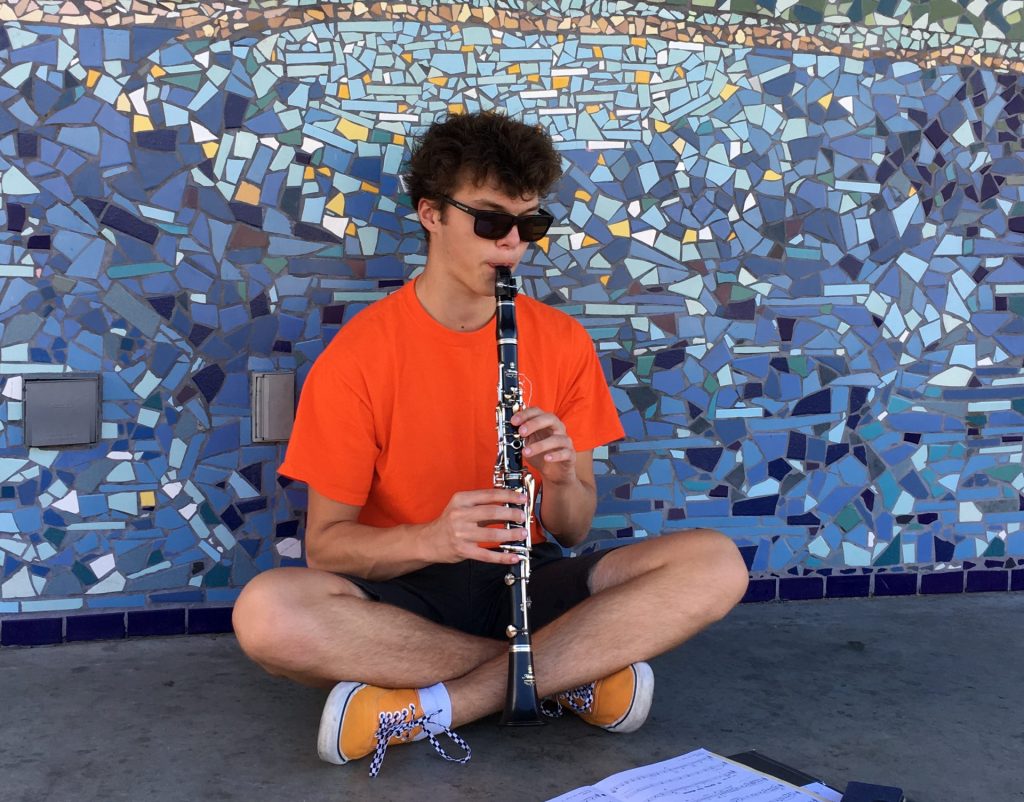 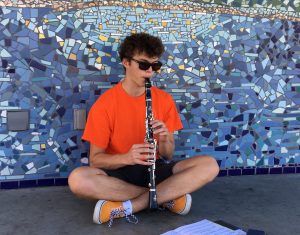 “We congratulate Christopher for his passion and wish him success as he embarks upon a post-secondary education,” says Steve Atkins, scholarship committee chair.

Inspired by his own music teachers, Ollinger will study music education at the University of Victoria.

A graduating student from Salmon Arm Senior Secondary, Ollinger says he desires to “plant roots somewhere and make a program that really inspires them.”

Ollinger is a multi-talented musician and has played the guitar for nearly six years. He picked up the clarinet in Grade 7 and saxophone in Grade 8. In 2018, Ollinger won the Outstanding Performer Award at the Interior Jazz Festival.

Outside of school, Ollinger has worked with the Okanagan Symphony Youth Orchestra, Shuswap Men’s Chorus, the Salmon Arm Community Band, and volunteers with the Salty Dog Street Fest and Salmon Arm ROOTSandBLUES Festival.

His application for the scholarship also highlighted the Wednesday on the Wharf random acts of music, where Ollinger played the clarinet throughout downtown Salmon Arm.