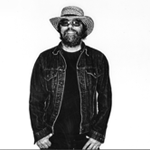 A true maverick, Juno winner and 2013 Roots & Blues headliner Daniel Lanois began his extraordinarily successful production career at the age of 17, when he and his brother Bob started recording bands in their mother’s Hamilton, Ont., basement. His acumen and hard work ultimately paid huge dividends;  the Hull, Que., native has produced a roll call of superstars including Bob Dylan, Peter Gabriel, Neil Young, Robbie Robertson, Emmylou Harris and, with Brian Eno, most of U2’s work since 1984’s The Unforgettable Fire.

Noted for his unmatched atmospheric sensibilities, Lanois pursued emotional authenticity over technical perfection, relying on vintage equipment and unconventional studio methods to achieve a signature sound both viscerally compelling and intricately beautiful.  His work in this capacity has brought him critical and commercial success, with more than one of his clients’ albums honoured with a Grammy Award for album of the year.

As a master musician and songwriter, Daniel Lanois’ own work as a recording artist surfaced in 1989 with the release of his critically acclaimed debut album Acadie – described as a ‘stunning blend of New Orleans rhythm, rock, new age mysticism, and folk… as caressing to the ear as to the mind’.  “It’s a lovely thing when you can elevate somebody’s spirit,” Lanois has said, “and that’s what a record should be about – to give people an outlet for their imagination.”

Following Acadie, Lanois continued creating an impressive body of musical work – including 1993’s For the Beauty of Wynona, the soundtrack to 1996 Academy Award winning film Sling Blade, 2003 album Shine, and 2005’s Grammy nominated album Belladonna.  His autobiographical documentary, Here Is What Is, had its world premiere at the Toronto International Film Festival in 2007.  The film chronicles the recording of his album of the same name, and includes footage of the actual recording.  In 2008 he released his all instrumental three-disc Omni Series, which showcased Lanois ambient virtuosity on the pedal-steel guitar conjuring up deep, ethereal, almost 3-D soundscapes.

In 2011 Lanois’ autobiography Soul Mining: A Musical Life was published but it’s no swan song, merely an account of a sonic iconoclast’s story thus far.  Says Lanois, “…you’d  think that after having been in the trenches as long as I have the fun would kind of wear off and that one would like to try one’s hand at something else. I can only be thankful that I haven’t gotten tired of music. It’s funny how the creative process works. It’s almost like a drug of sorts. You break through, you get to a place and then you want to understand more. It seems that no matter where you get to, there’s always something else coming around the bend that you want to understand, that you want to know about.”

Lanois has been honored with seven Grammy wins and eight Juno Awards with many more nominations.  In 2005, Lanois was inducted into Canada’s Walk of Fame and in 2012 was given the Canadian Music Industry Hall Of Fame Award.  The accolades keep piling in with his most recent honour a 2013 Governor General’s Performing Arts Award for Lifetime Achievement which he will receive in June.  What’s coming next?  Says Lanois, “There’s still other paintings to be made.  It’s what keeps me going.”