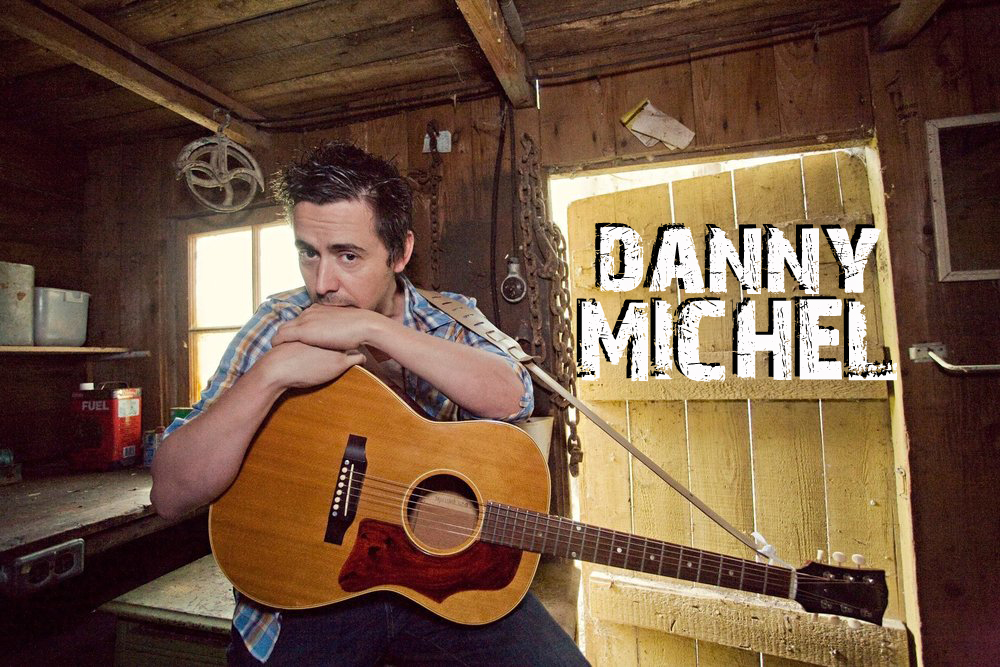 The only good thing about NOT shopping in record stores like the good ol’ days is you won’t have to figure out what genre to look for Danny under. If that WERE the case, you could try looking under, rock/pop, folk, world or (recently) even classical.

His own self-described musical A.D.D. has kept his music fresh for decades now. Thoughtful lyrics & charming performances have earned him a devoted fan base, nominations for three Juno awards, The Polaris Prize, and The CBC’s “Heart Of Gold”, and most recently winning the CFMA’s “Producer of the year” and “Oliver Schroer Pushing the Boundries” Awards.

After a 15 year love affair with the country of Belize Danny relocated there in 2011 to track down one of his favourite Belizean bands; The Garifuna Collective (A unique Afro-Amerindian cultural group) and convincing them to create an album together. That album (“Black Birds Are Dancing Over Me”) was called “One of the finest musical works of our time” By Billboard’s Larry Leblanc & landed a 3rd JUNO nomination (this time in the “World Music” category) and a sold out summer tour of North America with The Garifuna Collective.??While in Belize, Danny also founded the “Danny Michel Ocean Academy Fund” that helps raise scholarships for a small non-profit community high school. To date Danny & his fans have raised over $74,000.00 for the school.??In 2016 Danny returned from Belize with “Matadora”, his most deeply humanist album to date. This ten-song collection explores the environmentalist, pacifist, romanticist, archivist and space enthusiast in Danny.

Then it was off to the Arctic where Danny recorded “Khlebnikov”, (possibly the most northern album ever recorded/above 80°) aboard the legendary Soviet-era Russian ice-breaker, Kapitan Khlebnikov during an 18-day arctic expedition through the northwest passage. The project began when Danny was invited to join “Generator Arctic” by Canadian Astronaut Chris Hadfield who assembled a small group of scientists, photographers, writers and musician to capture a unique perspective of the north.

Danny wrote and recorded the entire album aboard the Khlebnikov in cabin 712. Once home, Danny’s recordings were arranged for brass and strings by film composer Rob Carli. The result is a suite of atmospheric and haunting songs about the Arctic, our planet and our place in it. Danny, Chris & Rob are performing “Khlebnikov” with symphonies across Canada. (Toronto, Ottawa, Vancouver, London and more in 2018)?(speaking on Danny’s cover of Young Americans).

“The maracas are a beautiful thing, out of nowhere they come and the backup voices are really moving and intimate. This is a good, good cover.”  — DAVID BOWIE

“In this remarkable collection of songs to give voice to the beautiful and the mundane, to the real and the ideal. Matadora is vital and should be required listening for anyone in need of a bit of hope.” —EXCLAIM MAGAZINE

“By this point, singer/songwriter Danny Michel must be a bit weary of being ranked as one of this country’s undiscovered musical treasures. But it’s true.”— THE TORONTO STA

“Michel is too old now to care about being cool, and more power to him. Not an ounce of his talent or curiosity or songwriting has faded in the least.” — THE KW RECORD

“Mr. Michel’s phrasing is raw and raspy; the rhythm of his lyric is greatly dramatized by this. He sings with a burnished glow inflecting the odd, emphasized word; his lines—featuring inner rhymes—are long and loping, always underscoring the epic nature of the story he is telling.” — THE WORLD MUSIC REPORT.COM

Biography sourced from the band’s official website at www.dannymichel.com.