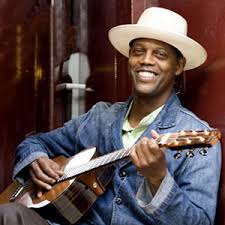 Without question one of the most important acoustic blues artists of his generation, Eric Bibb is also one of the most prolific recording artists in the roots music world.

Currently nominated for two prestigious 2016 Blues Music Awards, and the ceremony will be held May 5 in Memphis, Bibb finds himself as a finalist in both as Acoustic Artist of the Year and for Acoustic Album of the Year for his Blues People release.

A smooth, passionate and at times fiery singer, as well as a fluid technically brilliant guitarist, superior tunesmith and ready collaborator, Bibb was nominated for a Grammy for his Shakin’ A Tailfeather disc and was nominated for numerous W.C. Handy Awards before they were re-branded as the Blues Awards.

Born with the blues and activism in his DNA, Bibb is the son of the late great actor/singer Leon Bibb, godson of actor-singer Paul Robeson and his uncle was John Lewis, the founder of the Modern Jazz Quartet.

As Bibb has stated on numerous occasions, “my parents house was a center of artistic life where meeting Odetta, the Rev. Gary Davis and Judy Collins had a profound effect on me.”

Bibb has channeled all those sources that influenced him and developed a sound that is uniquely his, although he embraces settings where he can create new songs and find inspiration in the power of collaboration. Collaborative recordings include dates with Maria Muldaur, Rory Block, Habib Koite, and most recently JJ Milteau on the exceptional Lead Belly’s Gold outing.

Bibb is another one of those master musicians who Roots and Blues staff and audiences will be appreciate not only for his talents but because of his desire to be “all in” and wanting to participate on all levels at the 2016 edition of the festival. Eric Bibb will be bringing another exceptional musician with him for the Roots and Blues weekend, who will be announced shortly.

Find out more about this performer at www.ericbibb.com