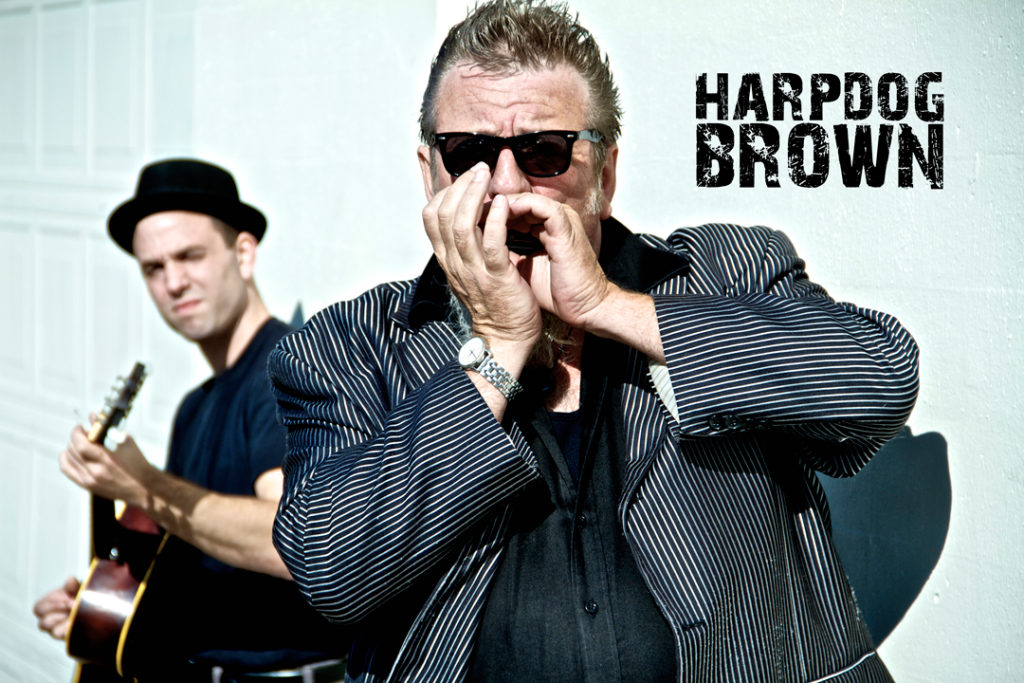 Harpdog Brown has travelled as many or more road miles as a disciple of the blues that any bluesman in this country, and with that he’s kept the flame of hardcore, vintage blues burning with an intense flame.

Harpdog says, “ Blues Evangelist is a very fitting moniker. I speak the blues like it’s the truth, and it is. I do feel like I’m a servant of the people. And I do heal people if they pay attention to the good messages in the songs I choose.”

He delivers those messages in the traditional sound of early electric blues. Think of the old Chess Records and Sun Records of the late 40’s and early 50’s.

Harpdog adds, “Blues has a healing power. It’s a beautiful celebration of our perfectly flawed lives. We help people forget about their issues of the moment and then they realize that we all have our issues, and that’s ok.”

He is a three-time Maple Blues Award Winner (2014, 2015 and 2016), Fraser Valley Music Award Winner, three-time Western Canadian Music Awards Nominee, Juno Nominee and the only Canadian to win the coveted Muddy Award. In 2016 he was nominated for 3 Maple Blues Awards (Harmonica Player, Male Vocalist and Album of the Year) for his latest release Travelin’ With The Blues. The album features a duet with the legendary Charlie Musselwhite.