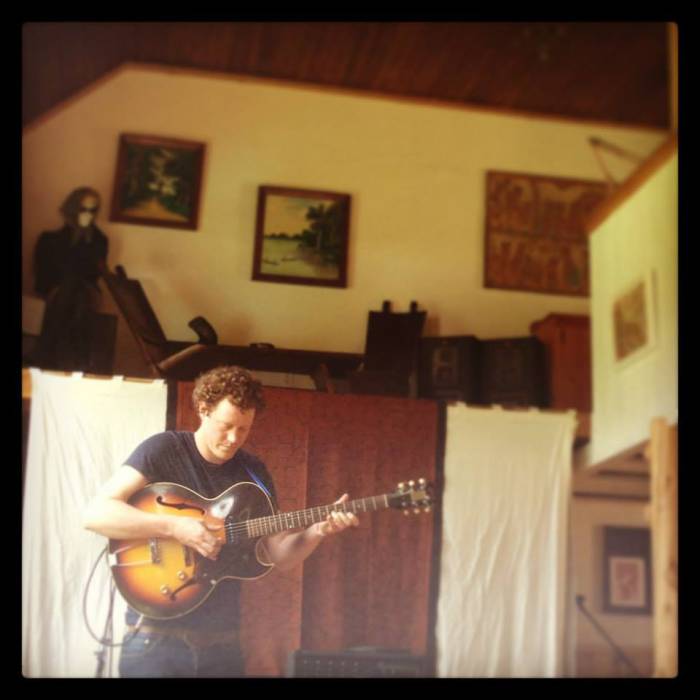 James can be seen performing in urban centers and tiny rural nooks. He has performed in art spaces, established venues, yoga studios, strangers houses, on festival stages and the Via rail lounge car.
Having spent nearly ten years touring as both a side man for various Canadian songwriters and in support of his own releases while living between Vancouver, Montreal and Hazelton, James has recently returned to his home town in Nelson BC.  He is respected and loved by numerous musicians in Nelson and across the country for his dynamic guitar work, tenor voice & well crafted songs.
In 2009, James won the first Island Mountain Arts Songwriting competition with his song, Shot Down The Tracks. In 2013, he received three KMA award nominations for his third independent recording “Imagineering”.

His live presentation can haunt a room with thoughtful joy and his commanding stage presence has been known to plunge even the noisiest bar goers into mesmerized silence.
To quote the great David Francey, “James is a storyteller with unconventional compositions and lyrics that explore the most contemporary issues in our Canadian culture, often originating in personal experiences with humanity…He is a compelling performer in show, his sharp observations delivered in a deceptively gentle manner, his voice an instrument of pure delight. His view of the world reflects his generations and I can only say the future is in good hands.”