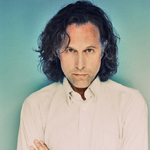 Jason Collett is a singer/songwriter/musician,  and a concerned citizen.

Well known for his work with celebrated Canadian collective Broken Social Scene, he has just released his fifth solo album, Reckon, a seasoned, thought-provoking collection of 15 songs that has garnered near-universal acclaim  “This record’s triggered by the economic collapse of 2008 — the biggest swindle of public money in human history,” says Collett. “I didn’t set out to write these songs. It just got under my skin.”

With Reckon, Collett makes the political personal and joins the list of his heroes – like Woody Guthrie, Neil Young and other songwriters determined to speak out about their times.  Songs on the album examine a range of contemporary issues, like joblessness, despair, and other concerns consequent to the Recession, concerns which affect the majority of people in Canada today.

“I didn’t set out to make a record with these overtones, but neither did I try to stop it,” he’s said of the Recession-inspired songs on Reckon. “I just did my best to avoid the shrill rhetoric that makes most political songwriting unlistenable.”

In this Collett has been particularly successful.  While the message may be personal and political, Reckon has also been described as elegant, virtuosic, and poetic.