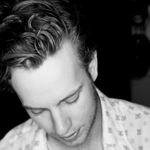 While it’s not every day that a songwriter makes it from the shadows of open mic nights to the high voltage, real deal scene, Joe Nolan’s old soul lyrics and striking vocals suggest that the odds of breaking through are in his favour.

Joe Nolan’s distinctive and intimate vocals stack the deck. From theramin tremors to raw howls, his range of expression reaches extremes. He delivers bandaged fragility and raw rage with equal impact. The songs are fervent, pressing and intense, attuned at once to the world of youthful melodramas in which Joe, an artist in his early 20s, lives, and an older, deeper level of human experience. Insight into the latter has nothing to do with age. The strength of his debut record, Goodbye Cinderella (2011), earned a nomination for Canadian Folk Music Award Emerging Artist of the Year, a record deal, and a chance to record in Nashville with some of the most respected names in the business, included Colin Linden, Marco Giovino (Robert Plant, Norah Jones) and John Whynot (Lucinda Williams, Blue Rodeo).

Tornado, a collection of songs that befit a rising star in the songwriting world, was released by Six Shooter Records on January 28, 2014 with the occasion marked by a short and sweet set from Joe, at The Cameron House. Now the reviews are coming in, and Tornado is making a strong impression, with high marks from the Globe & Mail, Exclaim, No Depression and others.