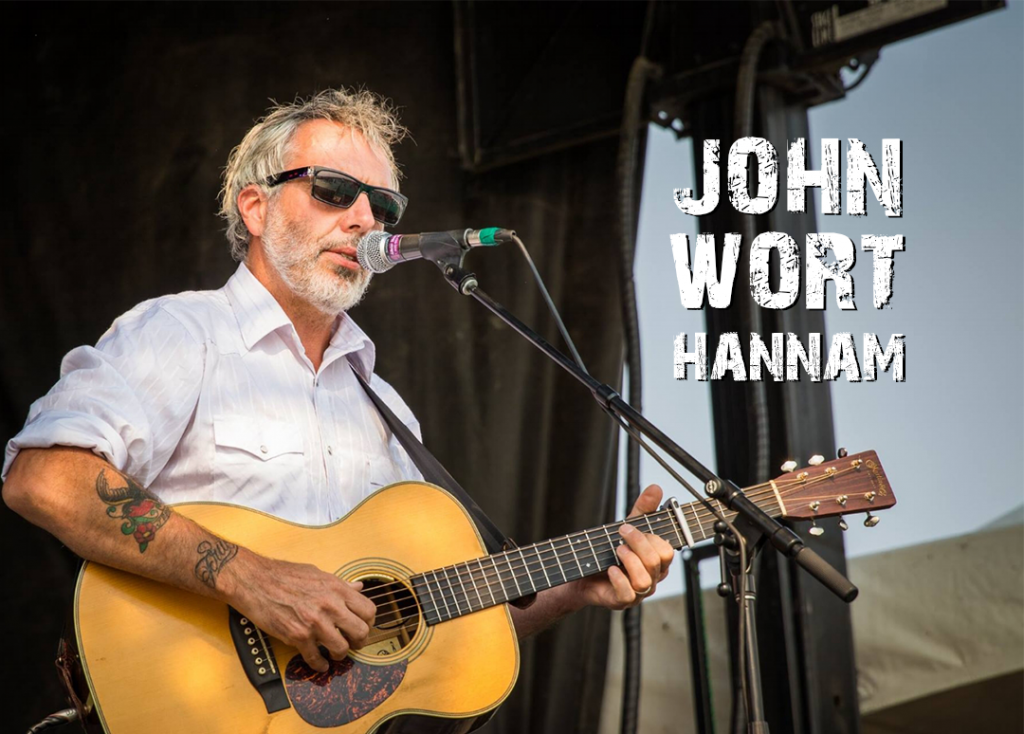 In 2001 John Wort Hannam quit his teaching job and spent 10 months depleting his savings while sat at his kitchen table, wearing a lucky hat, writing his first ten songs. Those songs would become his first recording Pocket Full Of Holes, released in 2003.

Recent years have seen a great deal of change in John’s life – becoming a Dad, turning 50, a move to the “big city” of Lethbridge, a long, deep bout of depression, and episodes of losing his singing voice. But John has emerged a better songwriter, a better singer, and a better player. On Acres Of Elbow Room, John has further refined his lyrical style and has landed squarely on his niche in the folk-roots world. He’s spent years learning the craft of songwriting and is taking those tools to write some of his most personal songs. He has, quite literally, found his voice.