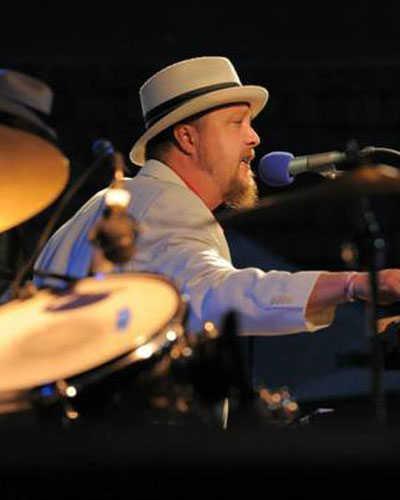 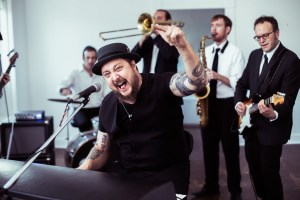 Josh Hoyer & Soul Colossal is an award-winning six-piece Soul/R&B/Funk band from Lincoln, NE. Influenced by Stax, Motown, New Orleans and San Francisco, this band blends the classic vibes of Soul and R&B into a fresh and unique sound driven by the powerful vocals of Hoyer. The band’s first two years have been a whirlwind of success, including such honors as Blues Blast Awards Debut of the Year nominee, 30 + straight weeks in the top ten of RMR Charts for Soul and R&B, 2013 and 2014 Omaha Entertainment Winner for Soul Artist of the Year, and 2014 winner of Album of The Year. The band played the Sin City Soul Revival in Las Vegas, Sioux Falls JazzFest, the 2013 International Blues Challenge, dozens of festivals in the Midwest, consistently sells out shows in their hometown and released a debut album that critics say stacks up to the classics. Their highly anticipated sophomore album, Living By The Minute, was released by Silver Street Records on January 13th, 2015, to rave reviews and has been sitting on the Americana Music Charts. This will also be Hoyer’s debut in Canada.