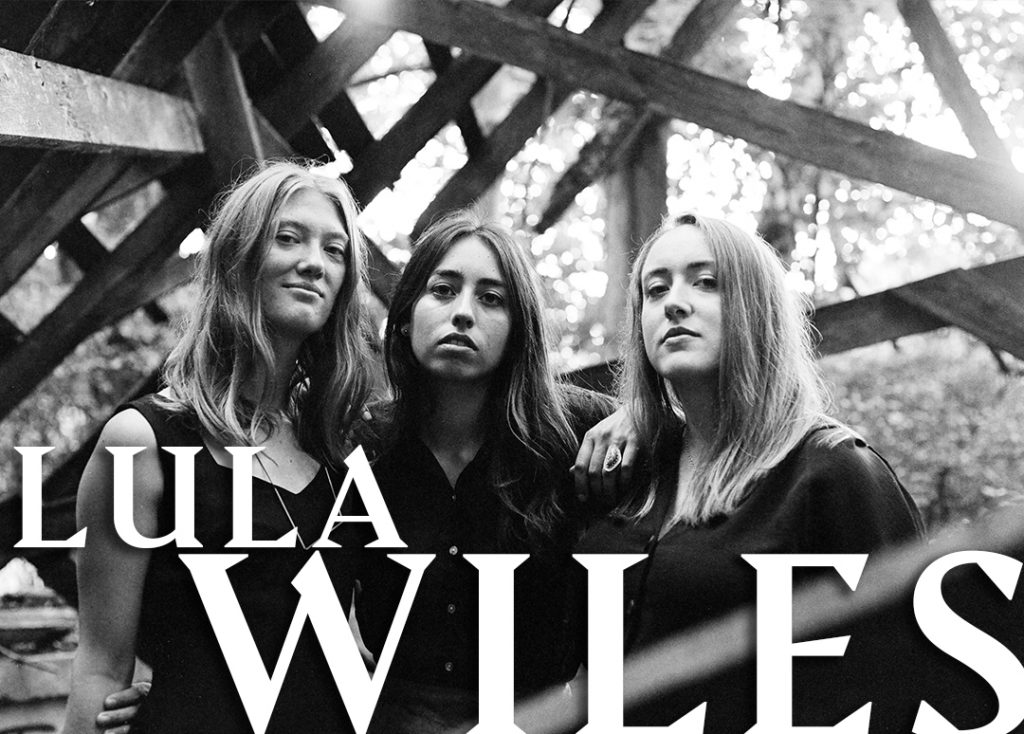 What will we do? For Lula Wiles, the trio made up of Isa Burke, Eleanor Buckland, and Mali Obomsawin, the question is central to the creation of their music—and it’s the title of their
sophomore album, out in 2019 on Smithsonian Folkways Recordings. “We wanted to make an album that reflected, in a current way, what we are all staying up late thinking about and talking
about over drinks at the dinner table,” says Obomsawin. “What is everyone worried about, confiding in their friends about, losing sleep about?” Anchoring the band’s sharp, provocative
songcraft is a mastery of folk music, and a willingness to subvert its hallowed conventions. They infuse their songs with distinctly modern sounds: pop hooks, distorted electric guitars, and
dissonant multi-layered vocals, all employed in the service of songs that reclaim folk music in their own voice. The musicians take turns in different roles––Burke and Buckland on guitar and
fiddle, Obomsawin on bass, all three singing and writing—but no matter who’s playing what, they operate in close tandem, with drummer Sean Trishscka adding his rhythmic sensibilities
underneath. All three members grew up in small-town Maine, and the band came of age in Boston’s lively roots scene. Since then, they have toured internationally, winning fans at the
Newport Folk Festival and AmericanaFest, garnering acclaim from NPR, Rolling Stone Country, Paste Magazine and more. &quot;What Will We Do&quot; remained in the top 10 of the Americana Music radio charts for 13 weeks, and has charted with Billboard, as well as been spun on SiriusXm, numerous Spotify playlists, World Cafe, and more. Lula Wiles exists in the tense space where
tradition and revolution meet, from which their harmonies rise into the air to create new American music.

Learn more about Lule Wiles at their official website