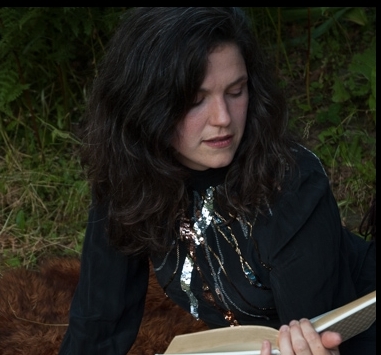 Magpie Ulysses is a dynamic performance poet and storyteller known for charming and slaying her audiences with intense stage presence and thoughtful insight about humanity. Her “confessional poems hit hard and take the reader through intense visceral terrain, but never wallow” (Robert Priest, NOW magazine). 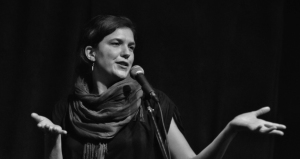 Magpie began performing poems in 1997 in Calgary, Alberta. Since then, she has performed across North America at hundreds of venues, is a veteran of the Vancouver poetry slam, where she was a member of two national champion Vancouver poetry slam teams and was recently named a Poet of Honour at the Canadian festival Of Spoken Word In the Fall of 2012.

So much of her work surrounds the things we don’t say. She speaks on the topics of history, science, love, exploration, abuse, addictions, environmentalism, human triumph, sacrifice and struggle. She is a truly intelligent poet whose commentary stretches from the meaning of west coast life to the meaning of the universe.” – Vancouver Observer