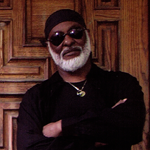 Mighty Mo Rodgers is a remarkably original singer/songwriter who’s shaped his life experiences into a terrifically eclectic and immensely deep vision on his Blue Thumb debut, Blues Is My Wailin’ Wall.   Rodgers combines soulful, gritty vocals and driving rhythms with a wholly personal panorama on songs like “Took Away The Drum,” “The Kennedy Song,” “Tuskegee Blues” and a moving tribute to his childhood friend with “Willie B. And Me.” Blues Is My Wailin’ Wall has already made an indelible impression on listeners, both in its recorded form and from the concert stage where Rodgers performance dynamic is larger-than-life captivating.  “My songs are all about life, and the music comes directly from my heart and soul,” Rodgers says candidly.

Born Maurice Rodgers in the steel town of East Chicago, Indiana, where he studied classical piano, he had the distinct benefit of his father’s nightclub and the up-close and personal influences of the blues and jazz players who performed there. As a teenager, sneaking into the notorious Chicken Shack with his best friend Willie B. in nearby Gary, he was awestruck by the blues of Willie Dixon, Eddie Boyd, Jimmy Reed and others.   “At the time, they referred to those clubs as the Chitlin Circuit,” Rodgers recalls, “but to me it was a royal banquet.”  It was then that music became the dominating force in his life.

When rock rolled in, he was dazzled by its black and whiteness, and then overwhelmed by the Stax and Mussel Shoals Soul Explosion that dominated with Aretha, Sam & Dave, and many more who hit the airwaves between 1963 and 1967.  Still in high school, Rodgers joined his first band; a blues/R&B outfit called The Rocketeers.  Although music was a major part of his life, he exhibited an athletic prowess as the state high school wrestling champ, which earned him a scholarship to Indiana State University.  He initially declined, due to his mother’s failing health.  It was, however, among her deepest and final wishes before her death that he pursue a higher education and so he became a member of the Indiana State student body.  It was there he began exploring the songwriting aspect of his musical abilities, fronting The Maurice Rodgers Combo on Wurlitzer piano.  Performing a mix of R&B covers and Rodgers’ own Ray Charles/Otis Redding inspired tunes, the band was the high point of Saturday night frat parties.  With music as his guide, Rodgers traded in his schoolbooks for a one-way ticket to L.A. where he gigged with T-Bone Walker, Albert Collins, Bobby “Blue” Bland, Jimmy Reed, and many others. That’s his Farfisa organ on Brenton Wood’s 1967 hit, “Gimme Some Kind Of Sign.”

But still what he considers as one of his most important accomplishments was producing an album for his all-time greatest heroes, folk/blues harmonica legend Sonny Terry who teamed up with the equally renowned Brownie McGhee.  The critically acclaimed 1973 A&M release, Sonny and Brownie, was a watershed event for Rodgers.  He selected the material, which featured three of his own compositions, rounded up John Mayall, Arlo Guthrie, John Hammond, Michael Franks and Sugarcane Harris and others as backing musicians-and galvanized his relationship with Terry and McGhee.  “They were musicians who demonstrated throughout their careers that the blues is a soulful reflection of the spirit, the heritage and the language of black people in America,” Rodgers relates. “They gave me the inspiration to write with a much more personal perspective, to write about real life experiences, to write about the truths of everyday life.”

Disillusioned with the Hollywood formula that began dominating music, he enrolled at Cal State Northridge where he earned a degree in philosophy while simultaneously working as a staff songwriter for Chappell Publishing and Motown.  Leave it to Rodgers to bridge the impasse between music and academia;  he’s completing a Masters degree in Humanities with an astonishing thesis, “Blues as Metaphysical Music (Its Musicality and Ontological Underpinnings), the result of his exploration of the spiritual connection he has with the blues and his need to express it meaningfully in a forum in addition to Blues Is My Wailin’ Wall. Whether on paper, on record, or in conversation, it’s Rodgers’ meaningful exploration and expression of life through music that makes the trip soul-satisfying.