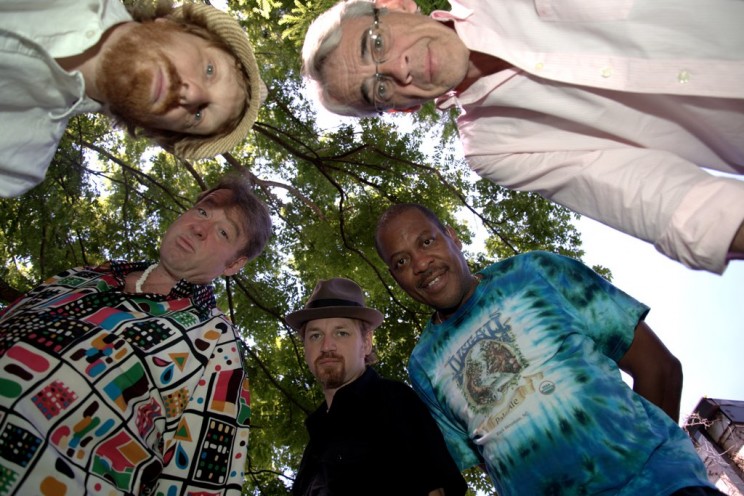 Every major music city has an all-star project band, or bands, and one of the finest in one of the great music Mecca’s of the world is the New Orleans Suspects who came together six years ago in the Big Easy.

View a New Orleans Suspects video go to this link:

To borrow a quote from Chicago Sun-Times music columnist Jeff Elbel from earlier in 2015, “the diverse histories of its members are impressive, but the infectious sound of the New Orleans Suspects exceeds the sum of its notable parts.” “It’s an odd combination of backgrounds,” says veteran James Brown saxophonist Jeff Watkins. “But we’ve honed it into our own voice.” “We reflect every place we’ve been,” says bassist Reggie Scanlan, whose résumé includes work with Crescent City staples like Professor Longhair, James Booker and Earl King. “Jeff had twelve years with James. You can’t leave that behind.”

As its name might imply, the band sometimes nods to hometown heroes, including Dr. John and the Meters.

Equally important are soul giants like Wilson Pickett, James Brown, and Sam & Dave, as well as roots-based rockers Little Feat and The Band.

Look for the New Orleans Suspects to be on site at the 2016 edition of Roots and Blues for two days, Saturday August 20 and Sunday August 21. ROOTS&BLUES will also be announcing a couple of legends in roots-rock who will be joining the Suspects for a few shows that are guaranteed to be filled with instrumental fireworks and built on the songwriting of one of the greatest songbooks of the last fifty years!