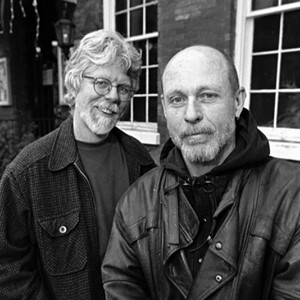 Two legendary figures from a legendary band in the world of roots rock music are headed to the 24th edition of the Salmon Arm ROOTS&BLUES Festival and will perform the music of Little Feat and much more!.

Little Feat has quite simply been one of the major forces in Americana and rock and roll music since the late Lowell George put the band together in 1969.

It’s been a legacy of classic albums, from Sailin’ Shoes and Waiting For Columbus thru to recent efforts like Chinese Work Songs and Rooster Rag, for this California-based band that put a whole lot of New Orleans funk into their musical mix as the years progressed.

Paul Barrere was enlisted by George and immediately the guitarist and singer started having an impact on the band, contributing songs like Skin It Back, Fat Man In The Bathtub, All That You Dream, High Roller, Old Folks Boogie and Missin’ You.

While Fred Tackett didn’t officially join Little Feat until 1988, after a nine year hiatus following the death of George, he had made his mark with the band years earlier, contributing the song Fool Yourself and guitar to the Dixie Chicken album and also playing on the Time Loves A Hero and The Last Record Album sessions.

Barrere and Tackett will be playing acoustic solo shows and plugging in with their good friends The New Orleans Suspects at the 24th Annual ROOTS&BLUES in Salmon Arm, British Columbia.