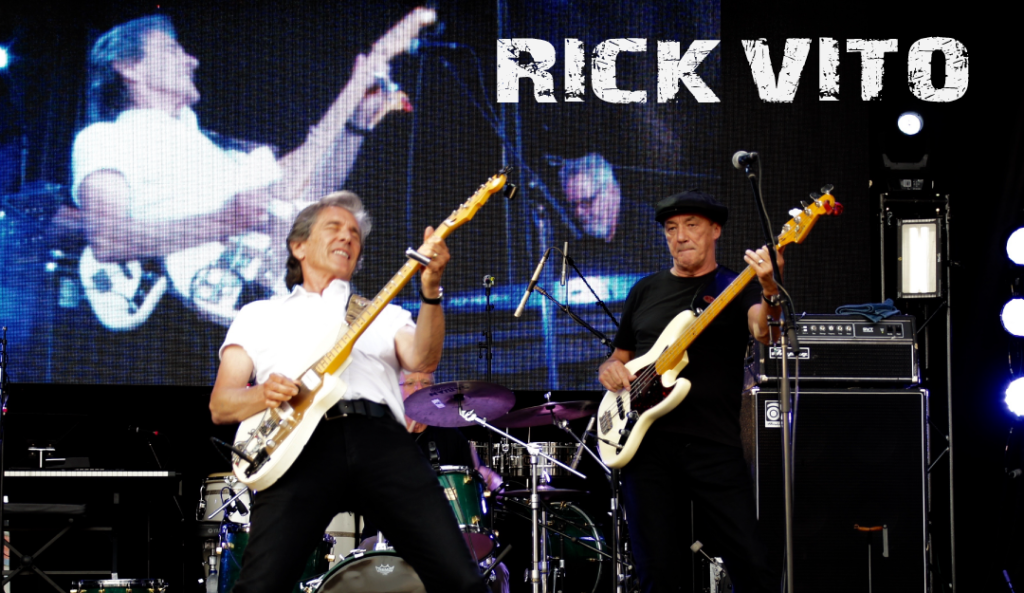 Ask John Mayall, Bonnie Raitt or Mick Fleetwood about Rick Vito’s guitar playing, or his songwriting, or his singing.

As Ms. Raitt has stated, “Rick Vito’s guitar playing just slays me! His style is as cool and sharp as a ’59 Cadillac tailfin.”

Roots & Blues has had the pleasure of hosting and presenting many a fine blues artist over the past 25 years, but few have come to the event with the pedigree and resume that defines this guitarist, singer and songwriter.

He was a member of Fleetwood Mac from 1987 thru 1991 touring the world with the group and contributing four original tunes to the Behind The Mask album.

Vito snagged a prestigious W.C. Handy award for “Blues Song of the Year” in 2001 for his composition, “IT’S 2 A.M.”, thanks to a great interpretation by Shemekia Copeland. He’s been front and centre now with The Mick Fleetwood Blues Band for over a decade and most recently his guitar playing dotted the Boz Scaggs Memphis album.

This is all the “thin edge of the wedge” when it comes to describing a career that is chalk full of brilliant live and recorded performances, and Roots & Blues fans will love what Rick Vito brings to the party.

Interested to know more about Rick Vito? Then get off you spine paps and go to Rick’s official website at http://www.rickvito.com.