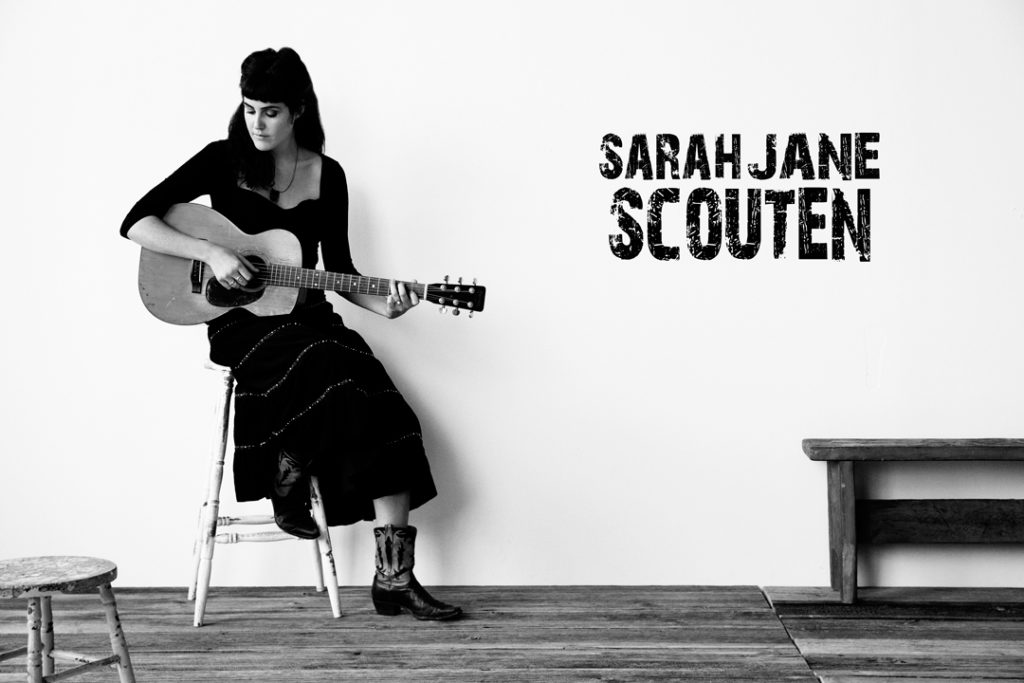 At age 5, Sarah Jane Scouten was sitting on the dining room table, singing “Lace and Pretty Flowers,” by Canadian country-folk musician, Willie P. Bennett. Hank Williams and Stan Rogers were her greatest inspirations, both a staple at Sunday morning pancake breakfast and afterward, while singing bluegrass and gospel music with her father on Bowen Island, BC. Her talent for performing came naturally, and as chance would have it, so emerged a knack for songwriting. Bringing us up to date, Sarah Jane Scouten is an internationally touring songwriter, loved by audiences across the Northern Hemisphere.

With flavours of Lucinda Williams, Nanci Griffiths and Iris Dement and a wealth of early country music, the three-time Canadian Folk Music Award nominee and Western Canadian Music Award nominee’s songs are faithful to a long-standing folk music tradition. Often spilling over into modern themes that are outspoken and edgy, her songwriting tackles issues from poverty and midwifery to tongue-in-cheek heartache songs and unabashed Canadiana. A traditionalist at heart, Sarah Jane Scouten shows her signature flair for the roots of roots music. With respect for these roots, she writes from her own perspective, playing with style to create her own distinct voice. This songwriter is known for hitting hard and close to home, then laughing it off.

Sarah Jane was discovered by Vancouver label Light Organ Records when she was cold-called into the studio to make an EP with producer Andy Bishop as part of a series of releases, coined The Railtown Sessions. She has since teamed up with the label and released her third full-length album, When the Bloom Falls From the Rose, recorded in Toronto with veteran Canadian producer Andre Wahl (Hawksley Workman, Jill Barber) in 2017. The album includes ten original songs, ranging in style from classic honky tonk to indie-folk rock, and two virtually unknown traditional Western Canadian songs, discovered on crackly recordings in university archives and given new life through Scouten’s haunting arrangements. Developing a big, lush sound on the album, Scouten comes into her own as a songwriter and performer, drawing from such modern approaches to country music as Sturgill Simpson and Emmylou Harris’ iconic album Wrecking Ball, produced by Daniel Lanois. If you think you have Sarah Jane Scouten figured out, you haven’t heard anything yet.