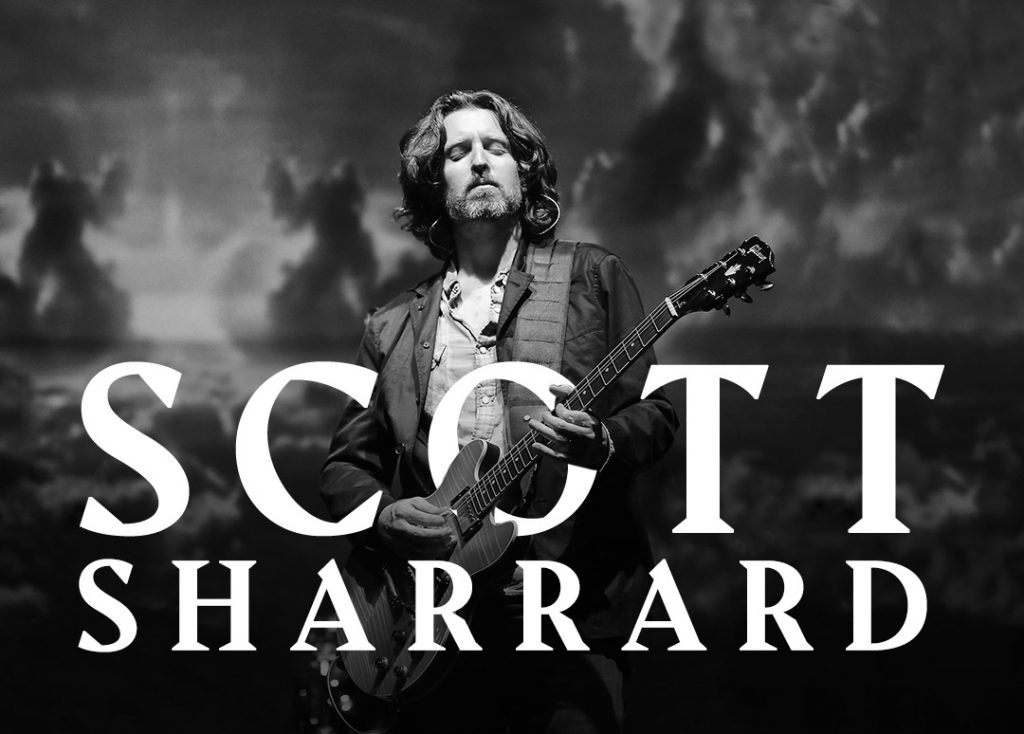 Best known as lead guitarist and bandleader for the late Gregg Allman. But his personal artistic journey – which includes singing, songwriting, producing and arranging – began long before he first teamed up with the rock icon. Sharrard’s travels to the heart of the American South began in the Upper Midwest. He was born in Michigan on December 28, 1976 – the day his hero Freddie King died – and spent his formative years in Milwaukee, where he was a club fixture long before he could legally take a drink.

Sharrard was 15 when his father took him to a Brewtown blues joint called the Up and Under Pub. There he sat in with singer/guitarist (and local one-named legend) Stokes, who would become his mentor. Another was powerhouse “Chitlin’ Circuit” singer and guitarist Willie Higgins.

It was through Amy’s then-husband, multi-instrumentalist Jay Collins – already a member of Allman’s band – that Sharrard embarked on the collaboration of a lifetime. In the fall of 2008, Sharrard began a nearly decade-long run with the Rock and Roll Hall of Famer. Sharrard joined the Gregg Allman Band as a touring guitarist and later became Musical Director.

The fruitful partnership ended with the 69-year-old Allman’s death on May 27, 2017. But not before Allman covered Sharrard’s “Love Like Kerosene” on 2015’s “Gregg Allman Live: Back to Macon, GA,” and again on Allman’s eighth and final solo album, the posthumous, GRAMMY-nominated “Southern Blood” (Rounder Records, 2017).

Sharrard’s deep respect for Allman factored heavily into the 2018 release date for “Saving Grace.” Tracking was completed in December of 2016. But Sharrard – knowing Allman’s health was failing and that “Southern Blood” would be his last hurrah – chose to delay its unveiling.

He’s now begun a new chapter with an album he consciously wanted to summarize the last 20 years of his work – and one that showcases the totality of his artistry: as guitarist, singer, songwriter, producer, arranger and bandleader.

In short, he says, it’s rock n’ roll rooted in everything else.

Learn more about Scott at his official website: www.scottsharrard.com