The Celebration of Leonard Cohen 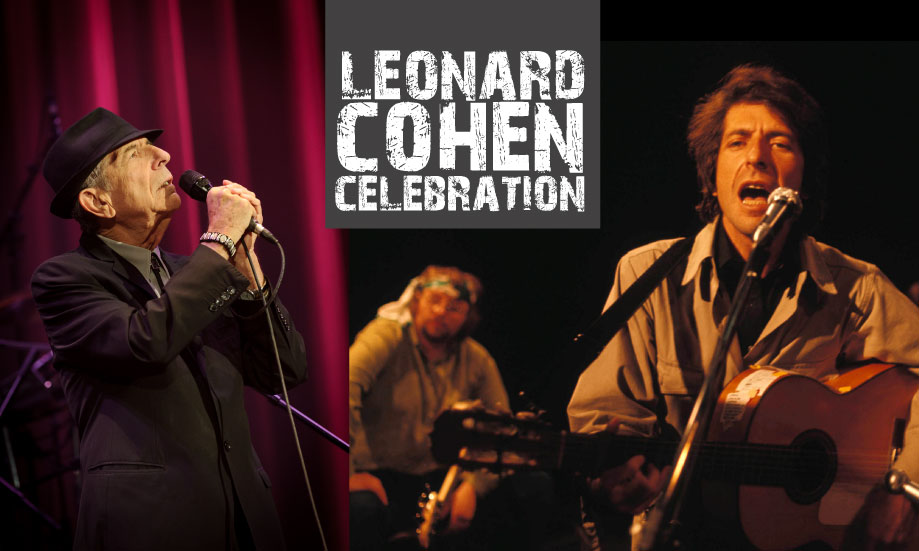 On the final night of ROOTSANDBLUES, the songbook of Leonard Cohen will be celebrated by an wonderful cast of artists. Cohen, who passed away in November 2016 was without question one of the most loved artists and critically acclaimed artists of our time.

The Montreal native produced a huge canon of work that is regarded as both brilliant and timeless – it’s hard to know where to begin when toasting the best works of this unique artist.

The ROOTSANDBLUES Celebration of Cohen will attempt to capture and balance the sorrow and high hopes of Cohen’s work. A number of artists jumped at the chance to be involved in this one-off special project.

Hosted by Tower of Song, that being Oliver Swain and Glenna Garramone participants will include Jeffrey Foucault, Irish Mythen, Dana Wylie and Dan Shinnan from the Mad Dogs Experience, Canadian poet John Lent and the ROOTSANDBLUES House Band.

Songs already picked for the 75-minute performance include Sisters of Mercy, Dance Me to the End of Love, Everybody Knows, Bird On A Wire, and Suzanne.

When asked to participate, American tunesmith Livingston Taylor responded quickly at the opportunity to participate in a very unique fashion. The brother of James Taylor has decided to take a few minutes to tell the ROOTSANDBLUES audience of the importance of Cohen’s songwriting, along with that of Gordon Lightfoot, Joni Mitchell, Neil Young and Ian Tyson, on American artists while including snippets of tunes from what he describes as “Cohen’s personal jukebox.”

The Celebration of Leonard Cohen will follow sets from April Verch one of Canada’s greatest fiddler’s, The Stephen Fearing Band, and precede the closing ROOTSANDBLUES set with Alex Cuba.