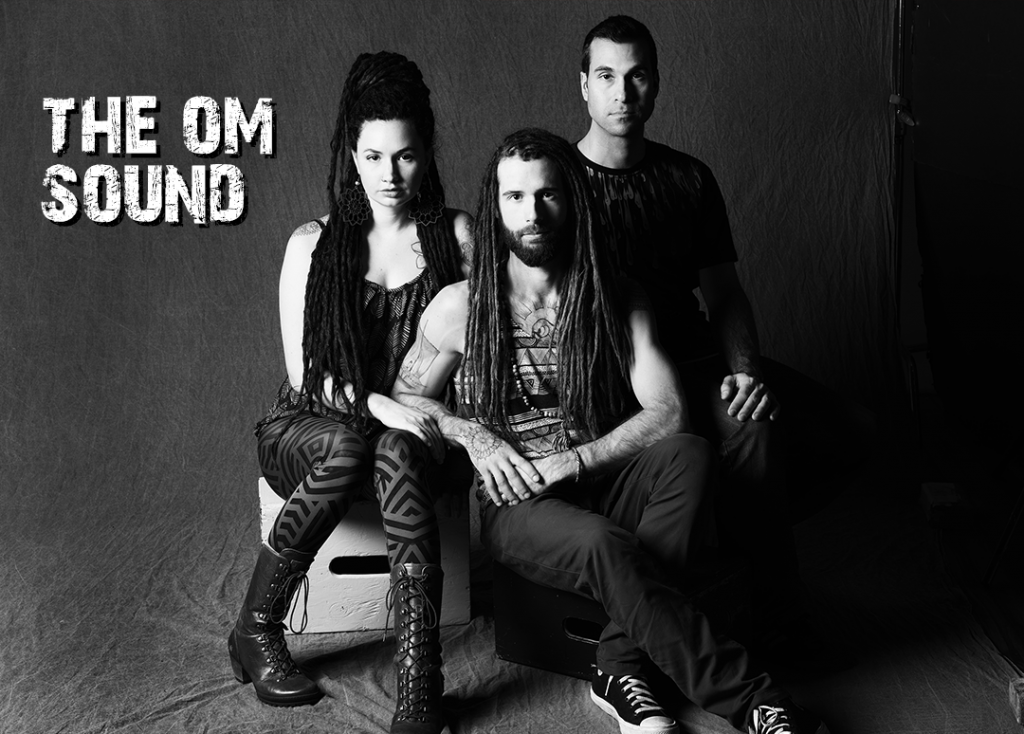 The OM Sound truly redefines the concept of “power trio.” From their infectious rhythms to thick jazz harmony and layers of live looping, their music can only be described as relentless. With hip-hop verses to empower the people, The OM Sound merges technical drumming with electronic percussion, synths, shredding keyboards and crunchy guitar. Bold harmonies contrast with deep basslines; didgeridoo accents are the cherry on top.

A socially and spiritually conscious message, evolved from extensive travel, is conveyed through soul-stirring lyrics and diverse world influences. Criss-crossing from coast to coast, The OM Sound spends roughly a third of the year on the road in their quest to share their nu-neo-soul sounds with those near and far.

Imminent Light, their latest record, was released in 2018 and features the full range of their innovative musicianship and genre-defying grooves. Recorded live in Montreal and produced by the band themselves, it delves into the progressive realm of hip-hop blended with jazz, funk, prog, reggae, and more.

Prior albums, Gardens in the Ghetto (2016, Montreal, CA) and The Tipping Point (2014, Melbourne, AU) explore the artful chaos of urban living and the education of traveling.

Over the course of five cross-Canada tours, hundreds of shows, self-produced videos and recordings, and connections made across the globe, The OM Sound define themselves by their endless expansion. With their passion for creation driving them onward, they empower with every performance.