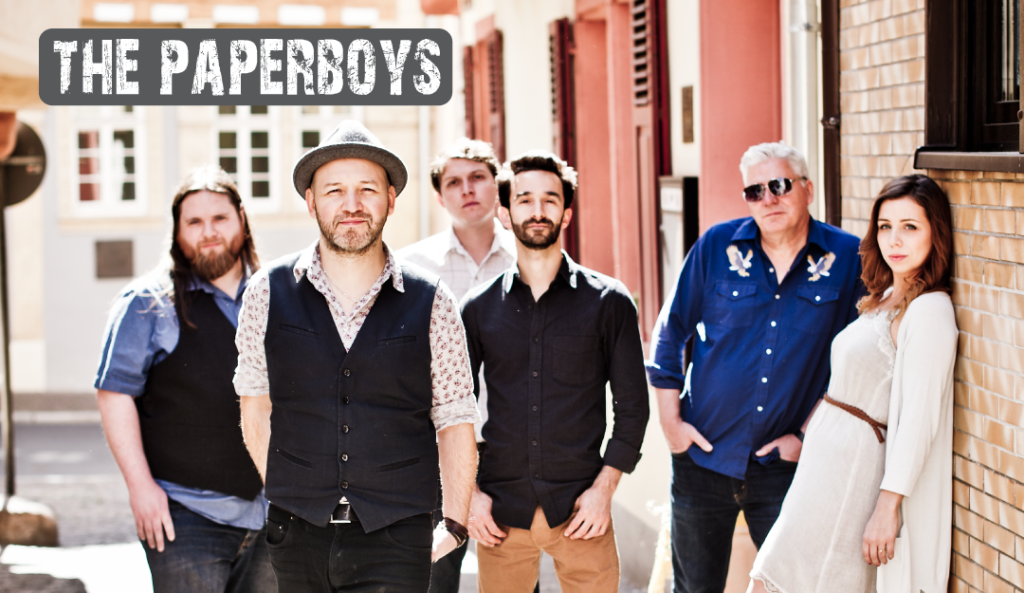 It’s been 25 years of stirring the pot for Tom Landa and his group The Paperboys and early on in this most impressive run, this group established itself as one of the most exciting, innovative and sturdy units on the international roots music scene.

As the Vancouver-based group continues to stir the musical gumbo, Landa describes the thrust of The Paperboys as they celebrate a quarter of century with runs in Europe and across North America.

“We are Mexican Son Jarocho mixed in with Irish Jigs and Reels and a good dose of Country and Bluegrass. Healthy servings of Ska, Soca and African Highlife and we’ve been known to throw in a little White Boy Reggae. Our sound also has strains of Soul, Pop and Funk although we are by no means a funk band. It is mostly Acoustic although we also like Electric guitars. It is Singer-Songwriter based but not the coffee house variety. It is definitely FOLK music, that has a deep respect and appreciation for tradition but it’s by no means Traditional. It Rocks incredibly hard and is extremely danceable, but that is not to say it can’t be mellow and slow and beautiful. It can be heart breaking, but also joyous.”

Not hard to see why The Paperboys will be front and centre at the 2018 edition of ROOTSANDBLUES.

Discover more about The Paperboys by visiing their official website at www.paperboys.com