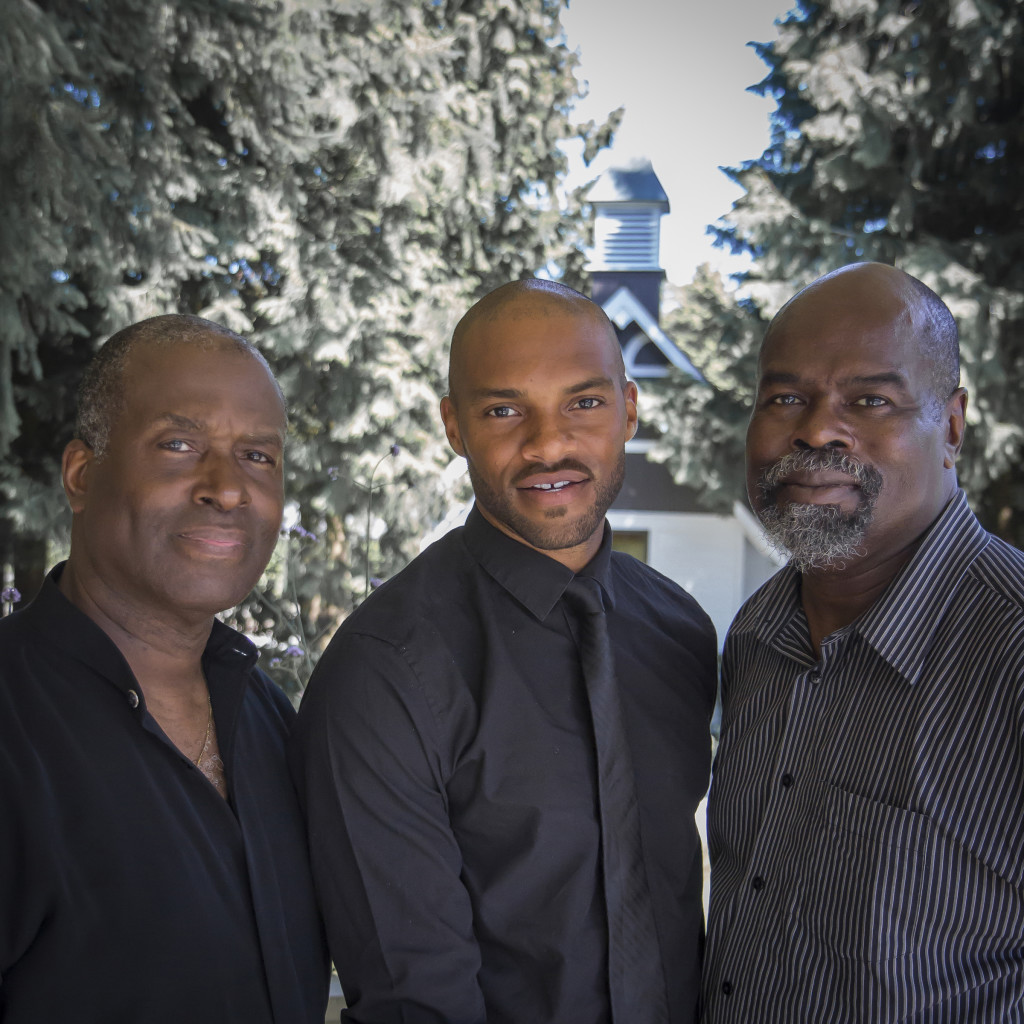 That three remarkable singers from the U.S. would align themselves under the banner of The Sojourners in Vancouver remains one of the most inspiring stories in the Canadian roots music community of the last couple of decades.

Marcus Mosely who hails from Texas, Will Sanders whose roots are deep in Louisiana and Khari McClelland who was raised in Detroit are a group that strangely enough Canada can call it’s own and The Sojourners are without question one of the top vocal groups on the continent.

Brought together by Mosely after he received a call from bluesman Jim Byrnes a few years ago, requesting he round up a few talented friends for a recording session, The Sojourners took flight at that session and have been soaring at high altitudes ever since.

Three terrific recordings (Sing And Never Get Tired/The Sojourners/Hold On), prestigious dates with Byrnes opening for the Blind Boys of Alabama and Dr. John, headlining spots at Canada’s finest roots festivals and participation in the award-winning Things About Coming My Way: A Tribute To The Music of the Music of the Mississippi Sheiks as well as the Time-Life box-set Let Freedom Ring, are confirmations of the impact The Sojourners have had on audiences around the world.

As the Sojourners bio proclaims: This is not music that strives to be polite. In The Sojourners’ universe, echoes of doo wop, R&B, country and blues weave together to create a unique sound that has all but vanished from today’s world. This is gospel music that can take a punch and remain standing. Singing praise music with their own special ‘stank’, the Sojourners sound just as at home in a road house bar as they do in a revival tent.

ROOTS&BLUES fans can look forward to a strong gospel blues component this year and expect The Sojourners to be the foundation of what will be a marvelous and inspired set early Sunday afternoon and of course The Sojourners will be doing a stand alone concert as well as workshops of varying themes at side stages.

The Sojourners would make Pops Staples smile in a big way!

Visit The Sojourners website to find out more about this band: www.thesojourners.ca