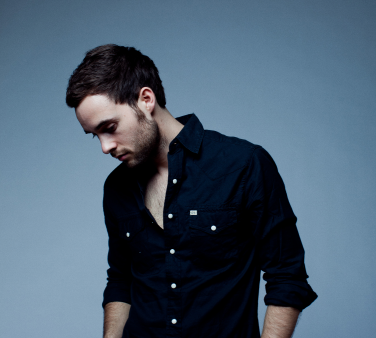 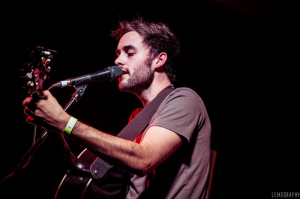 Life is a journey, not a destination. So said sage American writer Ralph Waldo Emerson. For evidence of that old chestnut’s enduring truth – not to mention its handy transferability to the music world – just look at Tim Chaisson’s passage between his 2012’s acclaimed and award-winning, Colin Linden-produced The Other Side, and his latest release Lost In Light.

As journeys go, the roots-based singer/songwriter and multi-instrumentalist’s trail through 2013 was a blaze of highpoints, including  the 2014 Music PEI Touring Artist Of The Year, the 2013 East Coast Music Award for best Roots Solo Recording Of The Year, and a nomination for Singer/Songwriter Discovery of the Year Award presented by satellite radio SiriusXM’s (USA) lauded Coffee House channel.
There was also a Top 10 single on CBC Radio 2 with “Beat This Heart” featuring Serena Ryder, a COCA Award for Best Music Mainstage Act 2013, opening for the Goo Goo Dolls in Ontario and Quebec, and outstanding performances at multiple marquee folk festivals. Chaisson also toured Australia a number of times.

“The Vancouver Folk Festival and Edmonton Folk Festival were so much fun to play and have been definite highlights,” Chaisson confirms. “And playing the Woodford Folk Festival in Australia” – which Chaisson did on the cusp of 2013 – “has always been a dream of mine,” he says, adding he hopes to return to Australia sometime soon.
The momentum continued as Chaisson geared up for showcasing in Austin this spring, during the renowned SXSW music festival where he once again impressed and he has also toured recently with Colin James and The Stellas.
A celebrated award-winning musician, Chaisson is a multi-faceted performer playing five instruments (fiddle, guitar, piano, mandolin, and banjo) who will be seen at Roots and Blues in workshop and concert settings.