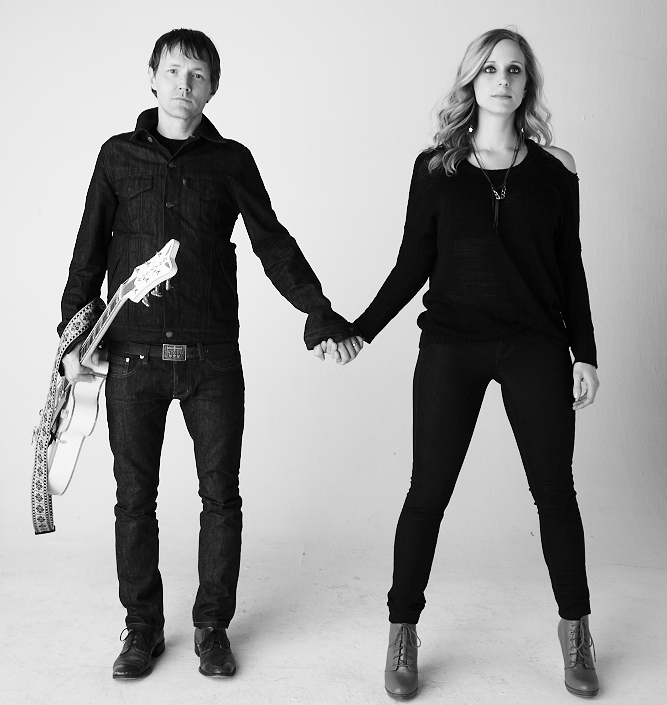 When it comes to making a commitment to Canadian content for the 2016 edition of ROOTS&BLUES, this festival couldn’t choose a finer contemporary roots act to join us for a couple of days than Whitehorse.

Melissa McClelland and Luke Doucet have, over the past five years, established themselves as one of the most creative pairings of the new millennium in roots and roots-rock driven music in North America.

Having established themselves as separate forces on our music scene in the nineties, Doucet as one of the finest and most adventuresome guitarists around, and McClelland as a superior tunesmith and singer, this duo, now husband and wife, released their debut self-titled effort in 2011 to critical raves.

Since then the two, who are also powerhouse performers on stage, have been building a discography that includes an e.p. of material sung in French, another e.p. of choice, classic Canadian covers, and two delicious slates of originals that received raves on both sides of the border, Leave No Bridge Unburned and The Fate of the World Depends on This Kiss.

That the two can also mine wonderfully penned songs from solo outings like McClelland’s outstanding 2009 Victoria Day release, and in Doucet’s case, his 2008 winner Blood’s Too Rich which was on the receiving end of rave reviews.

Whitehorse comes to ROOTS&BLUES with an agenda that will find McClelland and Doucet working both together and apart on side stages, and of course as a featured act on our main stage.

What the media is saying about WHITEHORSE:

“Their assurance is sexy; the song craft nimble. Whitehorse is the Warren Beatty and Faye Dunaway of Canadian roots rock” — The Globe & Mail

“Domestic bliss with a serrated edge. At once erotically charged and exuberant, the sophomore outing from married duo Luke Doucet and Mellisa McClelland comes off like a Canadian Raising Sand.” — Uncut

“Simply put, McClelland and Doucet are kinda perfect together; their voices either blend effortlessly or bounce back and forth with complementary character, and the minimally appointed songs they come up with together roll over you pleasingly like they’ve been around forever.” — Toronto Star